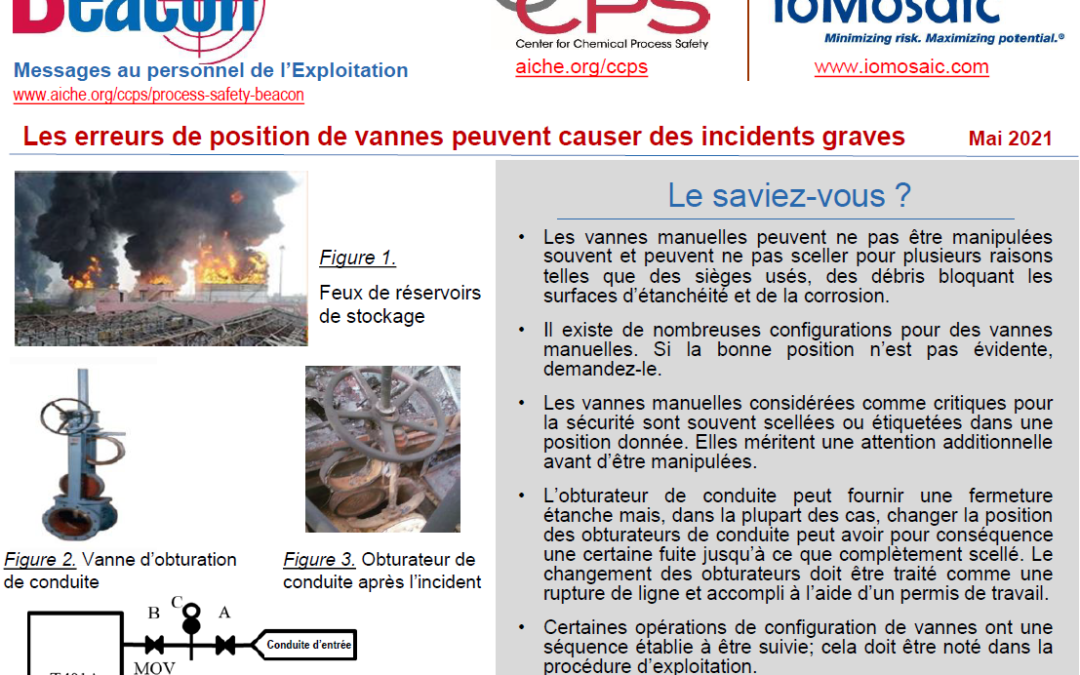 In October 2009, a release of over 260,000 gal. (984 cubic m. m.) of gasoline from a storage tank led to a major explosion, killing 11 including both operators. The official report indicated that the operator made a mistake in the sequence of valve operations when switching from tank filling to tank discharging, using a line blind valve (Figures 2 & 3).

One operator closed Valves A and B, then moved blind C from open to closed. The official report did not reach a conclusion about exactly what happened next, as the operators died in the incident. Shortly after , a different operator moved line blind F from closed to open. Gasoline began leaking quickly out of the opening in the top of the line blind. The manual valve E and the Motor Operated Valve (MOV) D were both found in the open position after the accident .