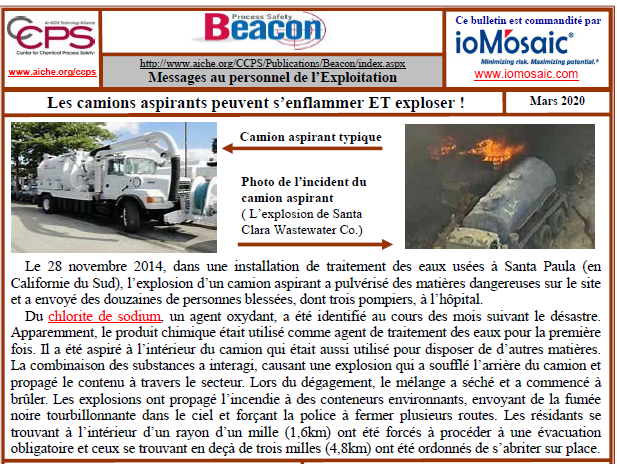 At a wastewater facility in Santa Paula (Southern California), on November 18, 2014, a vacuum truck explosion sprayed hazardous material over the site and sent dozens, including three firefighters, to hospital.

Sodium chlorite, an oxidizing agent, was identified in the months following the disaster. Apparently, the chemical was being using as a water treatment agent for the first time. It was vacuumed into the truck, which was used for disposal of other materials. The combined substances interacted, causing an explosion that blew off the back of the truck and spread the contents across the area. Upon release, the mixture dried and started to burn. Explosions spread the fire to surrounding containers, sending billowing black smoke into the sky and forcing police to shut down several roads. Residents within one mile were subject to mandatory evacuations, and those within three miles were ordered to shelter in place.